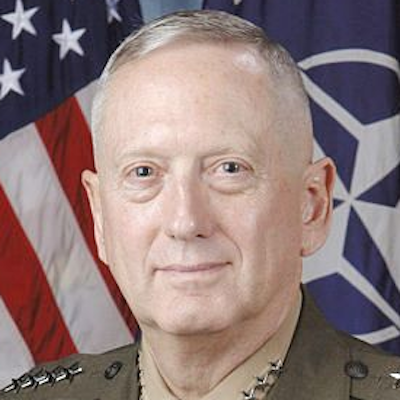 Mattis is known for implementing the COIN strategy. Before President Obama appointed him to replace General Petraeus on August 11, 2010, he previously commanded United States Joint Forces Command from November 9, 2007 to August 2010 and served concurrently as NATO's Supreme Allied Commander Transformation from November 9, 2007 to September 8, 2009. Prior to that, he commanded I Marine Expeditionary Force, United States Marine Forces Central Command, and 1st Marine Division during the Iraq War.

On December 1, 2016, President-elect Donald Trump announced that Mattis would be nominated to serve as United States Secretary of Defense in the coming administration. His nomination will require Congress to pass a waiver to the the National Security Act of 1947. It requires that: "a person who has within ten years been on active duty as a commissioned officer in a Regular component of the armed services shall not be eligible for appointment as Secretary of Defense."