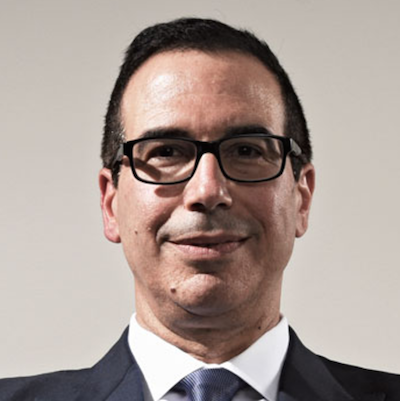 Secretary of the Treasury

President Donald J. Trump has nominated Steven Mnuchin as Secretary of the Treasury.

Steven Terner Mnuchin (born December 21, 1962) is an American banker, film producer, and political fundraiser. He was a partner for Goldman Sachs for 17 years where he accrued a net worth estimated at about $40 million. He then founded the motion picture firm, RatPac-Dune Entertainment. In 2016, he served as finance chair in the successful Donald J. Trump presidential campaign.